Think of the Judge as a Tennis Umpire.

This is called the McDonnell Douglas “burden shifting” rule, from a case by that name (McDonnell Douglas Corp. v. Green, 411 U.S. 792, (U.S. 1973). This rule is used under federal and state discrimination law, but we may be able to use a more favorable rule under the New York City Human Rights Law. In any case, this is a good illustration of the how the rule works. 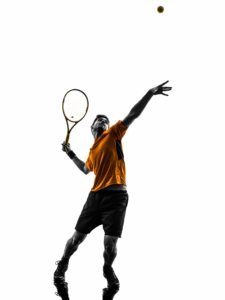 (Q)What Do We Have to Do to Put the Ball in Play?

(A)We have to show the following 4 things:

(1) You are member of a protected class (i.e., disabled, over 40, member of a minority group, different sexual orientation or identity, etc.);

(2) You were qualified for the job;

(3) You suffered an adverse job action, (termination, passed over for promotion, reduction in hours, loss of certain benefits, etc.); and

(4) The adverse job action occurred under circumstances giving rise to an inference of discrimination.

Number (4) might sound a little tricky at first, but it is easy at this step, and can usually be shown in one of the following ways:

(a)Actual statements by the management about the protected class (you won’t see this one too often, the following ones are much more common);

(b)The Timing – As soon as the Boss found out that the Employee was a member of the protected class, for example, it came out that he was gay, or as soon as he got sick, he was fired;

(d)The Employer has generally treated other employees who were not members of the protected group more favorably than the Plaintiff; or

(e)The Employer’s reasons given for the firing have changed over time, are inconsistent with other reasons given by management in the same company, or the reasons are just not very believable –

This gets the ball over the net, and completes our serve; we have now hit the ball into the Employer’s court, and wait for the Employer to hit it back to us.

(Q)What Does the Employer Have to Do to Hit the Ball Back Over the Net? 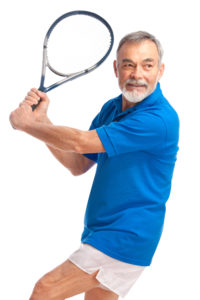 (A)Your Employer now has to come up with a legitimate, nondiscriminatory reason for its employment decision, which is usually very easy for them to do – The Company now has to say why they fired you. Our next step may be easier or more difficult depending on how good their reasons for firing you, how good they were at making a paper record of discipline before they fired you, and various other factors.

(A) No, if you have made a complaint for discrimination before you were fired, it is almost always easier to prove that you were fired in retaliation for making the complaint than it is to prove that you were actually discriminated against in the first place, as long as you had some good faith basis to make the complaint. For this reason, if you suspect that you are being discriminated against, it is sometimes better to make a complaint before you get fired – you may make the whole tennis game more favorable. Remember, though, that if you don’t get legal advice before you make the complaint and you go about it in the wrong way, you could lose the entire match before it starts. Complaints have to be weighed and considered very carefully, or very bad results can follow. Get legal advice and look before you leap. 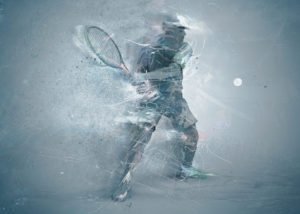