THE MASK MANDATE IS OVER

Don’t you want to know what it was? Here’s an assessment down the middle 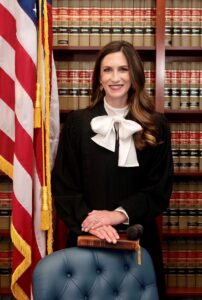 Judge Kathryn Mizelle, District Court Judge for the Middle District of Florida, decided to vacate the mask mandate on the following reasoning:

In the opinion of this writer, the judge is on more solid ground on points 1 and 2 than she is on point 3, but if the Government appealed the decision, it would be upheld if any of the 3 grounds were found to be valid by the appellate court. 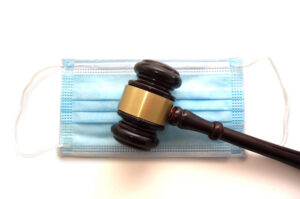 Does this Ruling apply all over the United States?

Yes, it does mean that the CDC did not have the authority to validly enact the mask mandate, and unless the Government goes to the Circuit Court of Appeals for the 11th Circuit and gets a stay, the federal mask mandate is over. The mask mandate was scheduled to expire on May 3, 2022 anyway, but if this ruling had not been made, the CDC might have extended it again. Because this was a final judgment that decided the entire case against the CDC, it applies nationwide. The Government has not said it if it will appeal, but in my opinion, that’s very unlikely and if they do appeal, they will lose for various reasons.

Although airlines are now making masks voluntarily, the MTA is still requiring them. Can they do that?

Yes, because NY state has its own mandates, and states have much broader powers to do things like this than the federal government does. It was always intended that public health would be regulated by the states, and federal laws on this would be limited to those powers specifically given to these agencies by Congress. 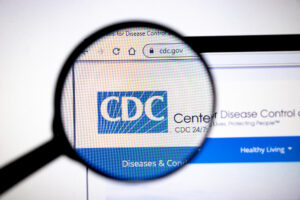 Does This Mean that the CDC Can Never Make a Rule Like This?

No. She “remanded” the rule back to the CDC, which allows them to formulate some other rule(s) to accomplish the same purpose, and to comply with some of the technical rule-making problems upon which the decision was based.

FOR THOSE WHO WANT TO LOOK UNDER THE HOOD:

Each of the judge’s reasons are discussed further below

It is true that Judge Mizelle was appointed as a federal judge by Donald Trump in 2020, after she had been a lawyer for only 8 years, and that a majority of the American Bar Association found her “unqualified”, pointing out that she had never tried a case in any court.

However, the caliber of the writing and reasoning does measure up to we see from federal judges. While the reasoning is somewhat designed to reach a certain result, in fairness, this is done by liberal judges as well as by conservative ones. Her reasoning is also in line with many conservative judges, including many who were on the bench before Trump became president, who feel federal agencies have too much power, and would like to put more limits on those powers. 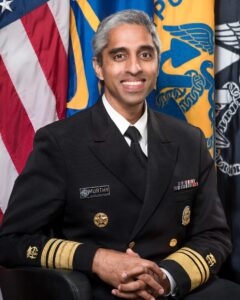 She decided the CDC has no power under this subsection to impose a mask mandate because this only lets the CDC do: “inspection, fumigation, disinfection, sanitation, pest extermination, destruction of animals or articles found to be so infected or contaminated as to be sources of dangerous infection to human beings, and other measures.” Her reasoning was that all of the things in this subsection were being done to things, rather than to people. Therefore, even though it says “and other measures”, it would have to be other measures the CDC did to things, rather than people. Most previous decisions upheld actions taken by the CDC under the “and other measures” clause but interpreting it the way she did was not illogical. Again, in the opinion of this writer, we are going to see a trend in the courts moving away from giving such open-ended powers to federal agencies.

The rest of the subsections that come after the paragraph above do give the Surgeon General power to quarantine and confine people, which is a much stronger power, but only covers people reasonably believed to have the communicable disease. The mask mandate applies to everyone who uses any kind of public transportation, and is clearly not limited to people reasonably believed to have COVID 19. The Government argued that it was covered under “sanitation”, she found that the word “sanitation”, in this context, referred only to cleaning something, as opposed to keeping something clean. Judicial interpretations like this are made all the time. 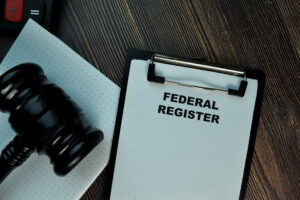 Reason # 2: The Mask Mandate, like any new rule made by any federal agency have to be published in a book called the Federal Register, and held open for review and comment by members of the public for at least 30 days. This is required under the Administrative Procedure Act, 5 U.S.C. § 553(c). The federal mandate on evictions was also struck down on this ground. Notice and comment does not apply “when the agency for good cause finds (and incorporates the finding and a brief statement of reasons therefor in the rules issued) that notice and public procedure thereon are impracticable, unnecessary, or contrary to the public interest.” 5 U.S.C. § 553(b)(B).  The agency’s statement included the facts that some COVID variants were highly contagious and could be transmitted by people without symptoms. However, she correctly pointed out that in the text of the rule, the CDC’s reasoning for bypassing this requirement was very skimpy, and other agencies had included much more extensive justifications for bypassing this process. The judge reasons for this part of the decision was as follows:

In the opinion of this writer, i) above was nonsense because she forgot to mention that Trump was the president until January 20, 2021, and Trump would not have allowed the CDC to impose any mask mandate, but II) and iii) were very arguably validly reasons, because bypassing this process is not something that can be done lightly. 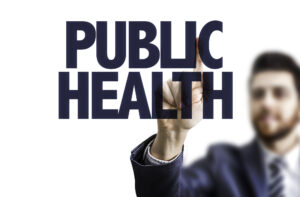 Reason # 3: The decision holds the mandate “arbitrary and capricious” because it fails to explain the reasoning, for example, she criticized the CDC for not giving its reasoning for rejecting other alternatives, such as testing, temperature checks, or occupancy limits in transit hubs and conveyances. The rule also fails to explain why all masks-homemade and medical-grade-are sufficient. The judge also criticized the decision for not explaining why it exempts individuals who are “eating, drinking, or taking medication” and a person who is “experiencing difficulty breathing” or who is “feeling winded,” and for failing to explain why a two year old I less likely to transmit the disease than a 62 year old.

In the opinion of this writer this ground was ridiculously nitpicky, and if it was upheld by the appellate courts, it would effectively take away the power of federal agencies to make rules, not only for public health, but for any reasons at all. However, I think we will see a trend toward requiring all federal agencies to spell out better explanations for any rules they make, which may not be an entirely bad thing.