Is My Employer Allowed to Test Me for Marijuana? 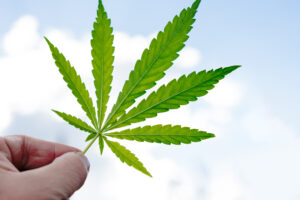 Is My Employer Allowed to Test Me for Marijuana?

In most cases, employee drug testing for marijuana cannot be done on New York employees, but there are certain exceptions to this rule such as employees whose jobs are federally regulated,

There is an exception to this rule is where the employee “manifests specific articulable symptoms” (what a mouthful that is, huh?) that decrease the employee’s performance or create a safety hazard. However, it is very hard for an employer to make a case for this. For example, red eyes or the smell of marijuana on someone’s breath are not enough, in and of themselves to meet this standard.

My employer requires drug testing, and I smoke marijuana recreationally. Can I be fired if I test positive for marijuana?

In most cases, no. New York has laws that provide good protection for this now.:

With some exceptions, your employer cannot fire you or otherwise discriminate against you in terms of promotions, pay, or job assignments for legal cannabis use on your own time. Obviously, you cannot consume or be under the influence of marijuana on paid time or on the employer’s premises. Additionally, if you are fired for doing a poor job, you cannot avoid being fired by using recreational marijuana smoking as an excuse.

Can All Employees in New York Smoke Marijuana on Their Own Time?

Most, but not all. Marijuana is still illegal under federal law, which is an issue for anyone whose jobs is federally regulated or whose employer has contracts with, or gets funding or grants from, the federal government. For example, many transit workers’ jobs are covered by the Federal Transit Administration, and some commercial truck drivers are covered by the Federal Department of Transportation. Covered employees are subject to testing after an accident, whenever they appear to be under the influence, and must be randomly tested periodically. Unfortunately for those covered employees, they can be disciplined anytime they test positive, even if they only smoked marijuana while they were away on vacation. Even though New York law protects employees who smoke on their own time, where federal law and state law conflict, federal law usually wins because of a paragraph in the U.S. Constitution called the Supremacy Clause

Are Professional Football Players Allowed to Light Up?

Yes – But there are time limits and quantity limits, which were just made less stringent in the recent NFL Contract. Players and the league agreed to reduce the annual testing period for marijuana from four months to two weeks, and to increase the threshold quantity needed to fail the test from 35 ng/ml to 150 ng/ml.

I Use Medical Marijuana for Chronic Pain. If I Have to Take Drug Tests, Can I be Fired or Disciplined If I Test Positive for Marijuana?