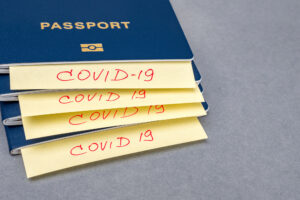 Could People Require These to Get in Somewhere Without Any Laws Being Passed?

President Biden has issued an executive order directing agencies to study international certificates of vaccination and produce a digital version, (but the White House recently said it will not be enacting any kind of federal requirement to get one). This will be something you can show on your mobile device anywhere in the world to prove that you have been vaccinated. The European Union has already introduced a “Green Certificate,” a digital or paper vaccine passport that would allow every resident in the EU to prove they’ve either been vaccinated, recently received a negative Covid-19 test, or recovered from Covid-19.

Will We Have One in New York?

New York has already begun developing the “Excelsior Pass,” but there are significant privacy issues and controversies surrounding it.

What’s the Benefit of COVID Passports?

Travel and tourism would open up faster, and we could avoid the need to quarantine when entering another country.  People would feel more comfortable on aircraft knowing that all the other passengers also had to show proof of vaccination to get on. These passports would also encourage people to get vaccinated for the additional freedom and mobility. Making people get a COVID passport to travel could probably only be accomplished by passing laws or, in the case of air travel, by the airlines, by international treaties or compacts.

Could People Require These to Get in Somewhere Without Any Laws Being Passed? 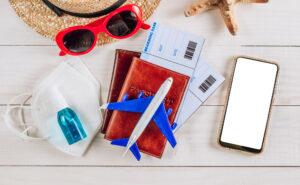 Travelling during the coronavirus

Sure. Without any law in effect, the owner of a particular store, restaurant, bar, event venue, or even the host of a private party could require the passport to get in, and many owners doubtlessly will. However, some red states, such as Tennessee, are contemplating laws against the use of vaccination passports, and the Libertarian party of Kentucky has gone so far as to compare the passports to the symbols Nazis used to identify Jews during the Holocaust.

What are the Downsides of Having these Passports?

The Big Pushback – will come from the effect of excluding people who don’t want to be vaccinated for political, philosophical or religious reasons, or who just don’t believe the vaccines are safe.   Just like in the U.S., they have become a political issue in the UK, with Labour favoring them and the Tories opposing them.

The Big Question – Can Employers Require a Vaccination Passport to go to Work? 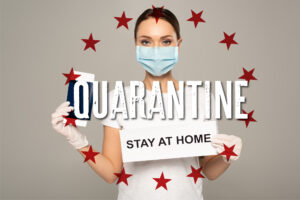 Can Employers Require a Vaccination Passport to go to Work?

This question is a moving target, but the current answer from the EEOC is that the boss can require a COVID test to go back to work, and can tell you to stay out of work until you test negative. However, the boss cannot require you to get vaccinated. There is some controversy whether requirements like this will violate the privacy laws, (HIPAA).  There is also controversy about whether treating people who have not been vaccinated differently could violate the Americans with Disabilities Act, because people who have not been vaccinated could be “regarded as” having a disability because they are not immune from COVID. There has been no case which said this yet, but there is speculation that stricter anti-discrimination laws, such as the New York State and New York City Human Rights Laws, could be interpreted this way by judges.

The jury is still out on this one. But stay tuned….