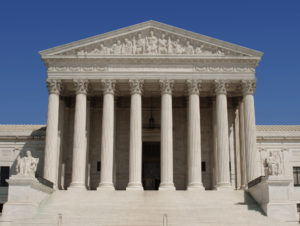 If you work for a religious institution, you may not have any protection against discrimination or harassment at work. Normally, federal laws such as Title VII of the Civil Rights Act, the Age Discrimination in Employment Act, and the Americans with Disabilities Act, and state laws like New Mexico’s Human Rights Act, forbid discrimination based on race, national origin, gender, age, sexual orientation, and disability.  In Our Lady of Guadalupe School v. Morressey-Berru, ___ S.Ct. ___, the United States Supreme Court held last week that religious institutions can discriminate against its lay school teachers without any legal consequence.  These groups have a right to decide matters of “church government” without government interference.  The Court interpreted employment decisions as the kind of “internal management decisions” that are protected under the First Amendment of the Constitution.  It also provided a new framework for looking at these claims that will make it harder for employees to bring any kind of discrimination or harassment claim against religious institution employers in the future.

In the past, courts would look at a series of factors to decide whether an employee fell under a “ministerial exception” or not. If the employee was a “minister,” then the courts would not intervene in a religious institution’s employment decisions, regardless of whether there was blatant discrimination or otherwise unlawful harassment.  In the Our Lady of Guadalupe School case, the Supreme Court made it clear that it will not apply any “rigid test” to determine whether or not someone is a “minister.”  Instead, the Court explained that future cases will allow an employer to present “all relevant circumstances” to determine whether or not the employee is sufficiently involved in the organizations’ ministry in a particular religion.

As Justices Sotomayor and Justice Ginsburg explained in their dissent, this decision will expose thousands of religious school teachers to discrimination and harassment without consequence.  For example, a woman can be forced to endure sexual harassment, a man may be harassed for contracting cancer, and a person who expresses their LGBTQ identity may be fired on the spot.

In Our Lady of Guadalupe School, both employees were elementary school teachers who were “lay” teachers, not formal ministers.  One sued her employer for age discrimination, and the other sued for disability discrimination. Because both of them had some duties that involved teaching religious education to their students, the Court decided that they qualified as “ministers” and could not sue their employers for discrimination.  It did not matter to the Court that these teachers mostly taught non-religious subjects, had no religious title or significant religious training.  Also, the Court didn’t question how the employer decided whether the teachers were important to their ministerial mission.  This could lead to the loss of protection for religious school janitorial staff, bus drivers and cafeteria workers if they are classified as “ministerial” employees as well. 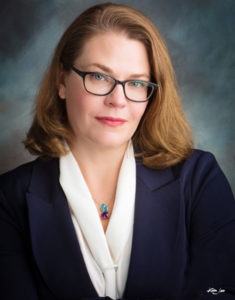