Should College Athletes be Paid for the Use of Their Likenesses? 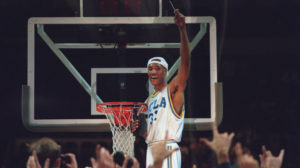 In 2008, Ed O’Bannon, the former All-American UCLA power forward, happened to see his likeness on a video game which he had never authorized or been compensated for, so he sued. He became the lead plaintiff in an antitrust suit1 against the National Collegiate Athletic Association (NCAA), the maker of the video games, Electronic Arts, and the company which licensed the trademarks of the NCAA and a number of its member schools for commercial use. Sam Keller, the former starting quarterback for the Arizona State University and University of Nebraska football teams also saw his likeness on a video game, made similar claims, and the cases were joined together (consolidated) by the federal judges because they involved such similar issues.

What Does “Antitrust” Lawsuit Mean In This Context?

Antitrust suits claim violations of the Sherman Act2, which forbids any agreement or conspiracy in restraint of trade or commerce.  A clear example of this would be a secret agreement between all manufacturers of a certain product not to sell that product below a certain minimum price, which would take away any incentive for the manufacturers to lower the price to compete with one another, maintaining the price at an artificially high level. O’Bannon claimed that the NCAA, by imposing its amateur athlete eligibility rules, restrained free trade and commerce by not allowing the athletes to receive any compensation under the threat of being disqualified to play. Only the NCAA rules and the agreements between these companies prevented them from being paid. They would otherwise have a clear right to be paid for this under the established rules of commercial law.

What Happened in O’Bannon’s Case?

Historically, it was absolutely necessary to place some restrictions on free trade and commerce in college sports. The judges noted that around the turn of the century, colleges were free to hire nonstudent “ringers” to compete on their teams and to outright buy players away from other schools3. Serious injuries were common, and players were sometimes killed during games. President Roosevelt got involved, and against this backdrop, the NCAA4 was formed. Even though regulating amateur athletics was not like the usual competitive private marketplace, the judge found that the antitrust laws should apply to the NCAA, and that the amateur rules were an unlawful restraint of trade. The court decided that the athletes should be able to license their names, images and likenesses to third parties, but the annual amount was limited to the cost of tuition and related expenses, plus $5,000 annually, which could be held in trust for them until they finished college. The NCAA appealed, and the Circuit Court of Appeals for the 9th Circuit held5 that the judge that first decided the case was right, but they struck down the $5,000 provision. Since then, it has been the law that college athletes may sell their likenesses and images, but if they do so, they may not receive more than the cost of their tuition and related expenses, i.e. room and board, books, etc..

What Happened After O’Bannon’s Case? 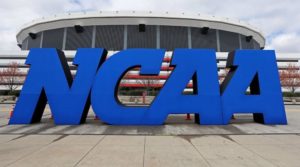 Video games using the likenesses of college athletes became unavailable. While O’Bannon’s lawsuit was widely blamed for this, it was reported that the video game company would have been happy to negotiate with the players, but did not do so because they feared the NCAA would stop dealing with them or sue them. See, Blame the NCAA not O’Bannon

In deciding how much O’Bannon’s attorneys should be awarded in fees after winning the lawsuit, the federal magistrate judge noted that the NCAA was a behemoth organization, and likened suing them to the game of thrones: You win or you die.

What does the New California Law Say?

It would allow college athletes in California to sign endorsement deals; earn compensation based on the usage of their name, image and likeness without no dollar amount limit, and sign all types of licensing contracts, but it would obviously not allow them to be paid for actually playing. This law says that the NCAA cannot enforce its amateur eligibility rules insofar as they prevent college athletes from doing these things.

Is the California Law Likely to Pass?

Yes – It passed unanimously in the California State Assembly, it is expected to pass in the state Senate, and Governor Gavin Newsom is expected to sign it. It is anticipated that it will go into effect in January 2023.

What Has the Reaction to This Law Been So Far?

The Board of Governors of the NCAA sent a letter to the California governor urging him to veto the bill, because it would give the California schools an unfair recruiting advantage over schools in other states. The NCAA acknowledges in its letter that this change is inevitable, but seeks more time to work out a uniform national standard.

The new law presents the same arguments that came up In O’Bannon’s case. For example, some of the school administrators didn’t like the fact that some student-athletes might make more money than their professors, and that these student-athletes would be inclined to separate themselves from the broader campus community by living and socializing off campus. In response, O’Bannon argued that the Division I athletes are not integrated into the regular campus life now, and said that he himself had felt like an athlete “masquerading as a student”.  He also argued this was no different than students who came from rich families or who founded their own successful tech startups.

Many feel that the California law will serve as the catalyst and force other states to pass similar laws so their own universities will be competitive in the various conferences, and that much like water seeks its own level, uniform standards will develop. However, as a result of the California law, this change will come about sooner rather than later, giving a great benefit to those athletes who will play for colleges and universities in the next few years.

New York State Senator Kevin Parker has introduced a bill that would not only allow college athletes to earn money from their names, images and likenesses, it would require each college to take 15% of the revenue earned from ticket sales and to pay it to student athletes. I’m sure you’ll be hearing similar things in state legislatures all over the country soon.

LeBron James answered the NCAA very well in his tweet: 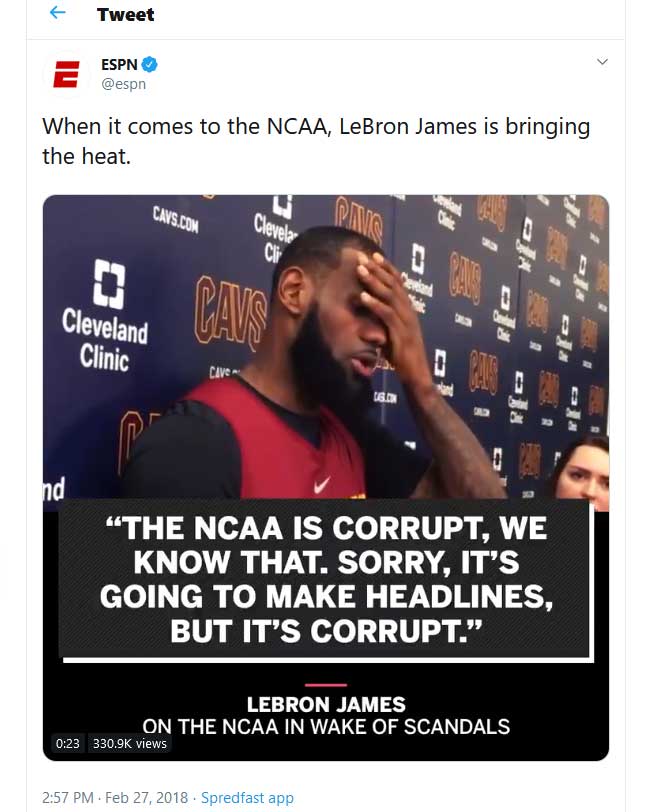 Or…….because of this bill, you can work with everyone to create a national policy that is fair to the athletes.

[4] The Intercollegiate Athletic Association was formed in 1906 and changed its name to NCAA in 1910.