How Often Has He Ruled in Favor of the Worker in Employment Cases so Far?

As an appellate federal judge on the 10th Circuit Court of Appeals, (where he was appointed by George W. Bush) he decided 23 employment cases, ruling against the worker in 21 of them.

Even though his opinions have a sympathetic sounding tone toward the worker’s plight (unlike the biting sarcasm the late Judge Scalia used), he almost always comes around to explaining why the employer should win. The New York Times ran an article indicating that Democrats would attack him as “No Friend of the Little Guy”.

Can You Give us an Example?

The trailer brakes froze on a big rig, and the truck driver was told to stay on the side of the road with the cargo. After 3 hours in subzero weather, when his torso was numb and he couldn’t feel his legs, the dispatcher told him to keep waiting in the truck, even though the heater wasn’t working, or to drive the rig with the frozen tractor brakes, which was obviously dangerous. Fearing for his health, he drove the tractor off and left the trailer, and was fired for abandoning the cargo. He filed with OSHA under a federal law[1] that says a driver who refuses to operate a vehicle because he is afraid of serious injury to himself or the public can’t be fired for that, and the company had to reinstate him with back pay. When the Company appealed, the driver still won at the federal appeals court, but Judge Gorsuch ruled for the company. His reasoning was that the law literally said that it was for the protection of the driver who refused to operate an unsafe vehicle. Because the driver had the choice of driving with frozen brakes or staying with the cargo and freezing, one of the choices he was given was not illegal, so the company should have been allowed to fire him[2]. 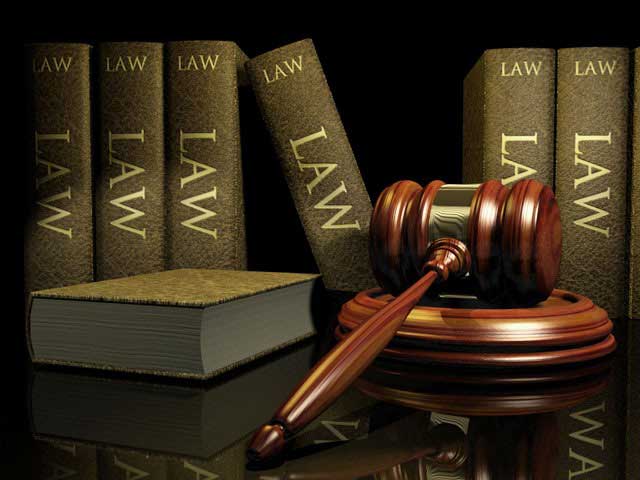 What Major Employment Issues Will He Decide if He is Confirmed?

Employees have a major problem now with the issue of “Forced Arbitration”, i.e., many employees, when they are hired, now have to sign papers giving up their rights to go to court if they have any reason to sue the boss; they will only be able to go to an arbitrator, which also stops them from bringing any class actions. For many reasons, covered in an upcoming blog on “Forced Arbitration”, this is very unfair. However, the National Labor Relations Board (NLRB) has held[3] that these forced arbitration agreements violate the federal law[4] which prohibit interference with or restraint of employees’ rights to organize and engage in concerted activities. There is disagreement among the federal appeals courts on this issue, so the Supreme Court has already accepted it, but it has been postponed until the October 2017 term after Gorsuch is confirmed, because it will be a 4-4 if the vote is taken now. This would leave the “split” between the circuits unresolved. The conventional wisdom is that Gorsuch, if confirmed, will rule in favor of enforcing the forced arbitration agreements, and he has made it very clear that he would like to limit or abolish the rule requiring judges to give deference to federal agencies like the NLRB.

This is another big issue. The Union’s argument is simple: All of the employees are getting the benefit of the collective bargaining the union does, like wage increases. Why should some of the Employees be able to get a free ride? Conservatives do not want all of the employees to pay union dues because, if union dues are voluntary, many people will generally stop paying them, and as a practical matter, this will mean the end of public unions. Conservatives have an obvious interest in destroying unions because they tend to contribute to Democrats. The recent test case[5] would almost certainly have resulted in an anti-union decision, but it was a 4-4 tie, only because Scalia died between the oral argument and the date the decision came down. When this issue comes up again, Gorsuch, if confirmed, will probably vote against the public unions. If this trend continues in the Supreme Court, which is likely, it is this writer’s personal opinion that within a few more years, private unions will no longer be able to collect dues from dissenting members or non-members. After that happens, all unions will probably go the way of the dinosaur. In the public sector, many union members who resent paying union dues will face a cold hard realization when their wages are sharply cut to balance budgets.